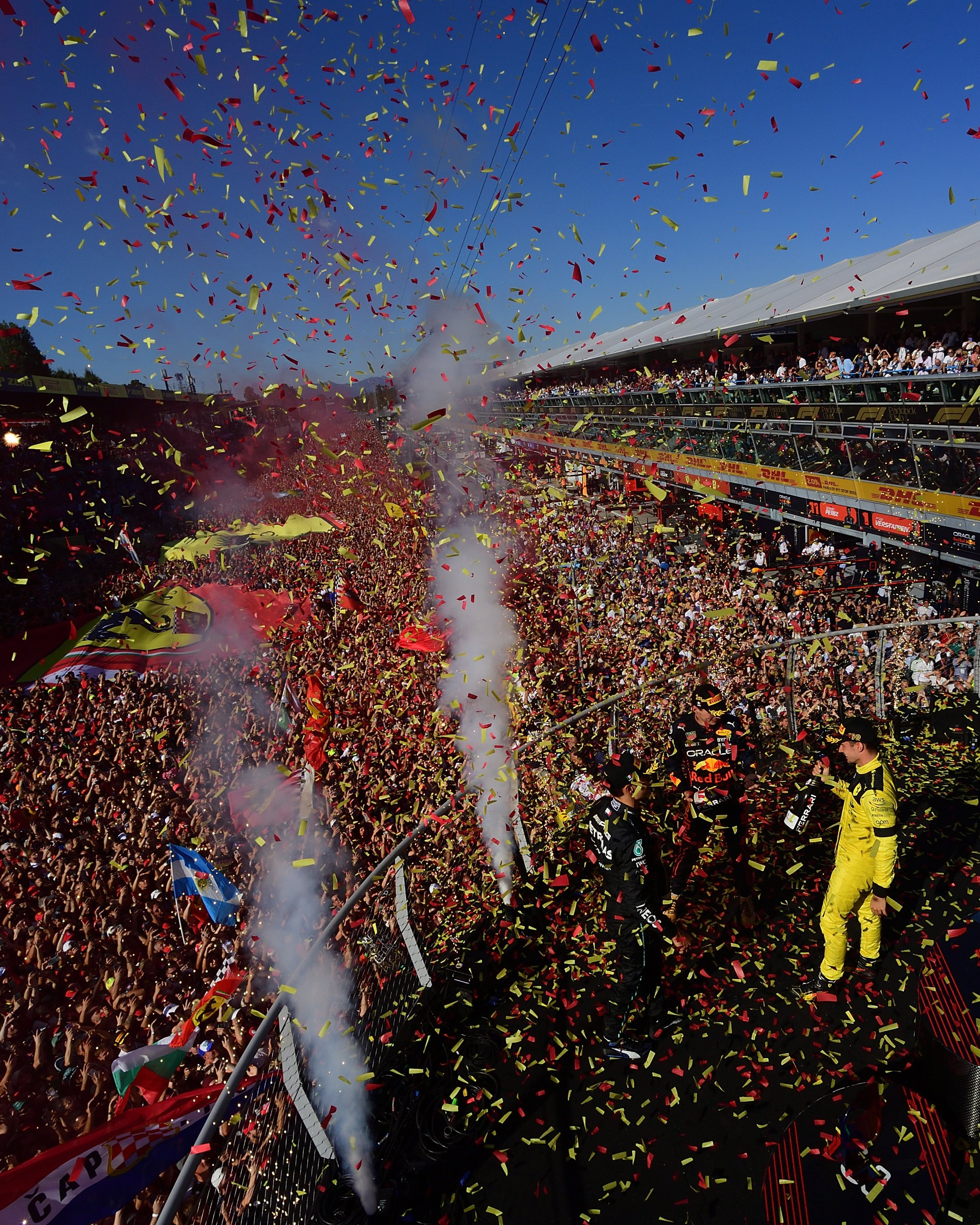 Mixed up grid, surprising strategy calls, and an anticlimactic finish – the 2022 Formula 1
Italian GP concluded with the crowd wanting for more- which I’d agree with. 🤝
Formula 1 arrived at the Temple of speed- with a plethora of grid penalties shaking up the
starting 20. 100 years since the first race at the legendary Monza circuit – the battle of
Charles Leclerc and Max Verstappen was what the Italian crowd was longing for and it’s safe
to say, they were left wanting for more.

Max Verstappen won the race somewhat comfortably after starting P7 and taking the engine
penalties on Saturday. The race ended behind a Safety car, with his Red Bull Racing & Red
Bull Technology teammate Sergio Perez finished P6 from P13 even after his tires were on
fire in the initial laps.

Charles Leclerc had the opportunity to battle Max. Still, the early-ending Virtual Safety car
wasn’t capitalized as much as they’d have liked, with the Monegasque finishing on the
podium at P2 in front of the adoring Tifosi at Monza. Teammate Carlos Sainz ended the race
at P5, starting at P18.
Most people, including myself, thought that the Scuderia had a better chance of beating the
Red Bull of Max, especially after the strong Free Practice and Quali sessions. Even RB
Chief Engineer Paul Monaghan reckons Ferrari might have targeted a win at Monza a bit
more than at other races – but alas! The wrong strategy call- or as Binotto puts it – “playing
poker” did not help their cause at all, and was a reflection of what their season looked like.
The Safety Car Fiasco
The race at Monza on Sunday ended under caution after Daniel Ricciardo’s car stopped at
the side of the track six laps from the end of the race and triggered a safety-car period.
Ideally, there should normally have been plenty of time to get the race resumed- but to add
to Ferrari’s woes, the race ended behind Bernd Mayländer’s Safety Car.
By the time Verstappen was slotted in behind the safety car, there were not enough laps left
to allow lapped cars through and have a restart at the end of the following tour, as the rules
dictate.
With the race ending under the safety car, leaving fans worldwide disappointed and drawing
boos from the Italian GP crowd, there have been calls for F1 to reconsider the idea of
red-flagging races under such circumstances to ensure there can be a restart. This easily
brought forth comparisons to the 2021 Season finale at Abu Dhabi and “that” Safety Car
restart that shook the world of F1.
The “Aaaaaaahhh….” at the end of the race somehow sounded very similar to the “This has
been manipulated, man!” we heard at the Yas Marina last year – IYKWIM.

The Mercedes pairing of George Russell and Lewis Hamilton had a good weekendclinching P3 and P5 respectively: with George’s 7th podium of the season.⚡️

With the newest point finisher in town, Nyck “Chad-eVries” managed to outshine the
in-house chad, Latifi as the Canadian slipped to #21 out of 20 drivers. Just Goatifi things 🙂
With the last laps of the race under scrutiny with a Safety car call, the Scuderia Ferrari would
be disappointed not to win their home race – but it’s safe to say that Max won the race and
Charles won the crowd.❤️
With the championship now definitely out of reach, the prancing horses can only hope for a
victory when F1 returns to Singapore, on October 2

Check out our race review Podcast of Italian GP. 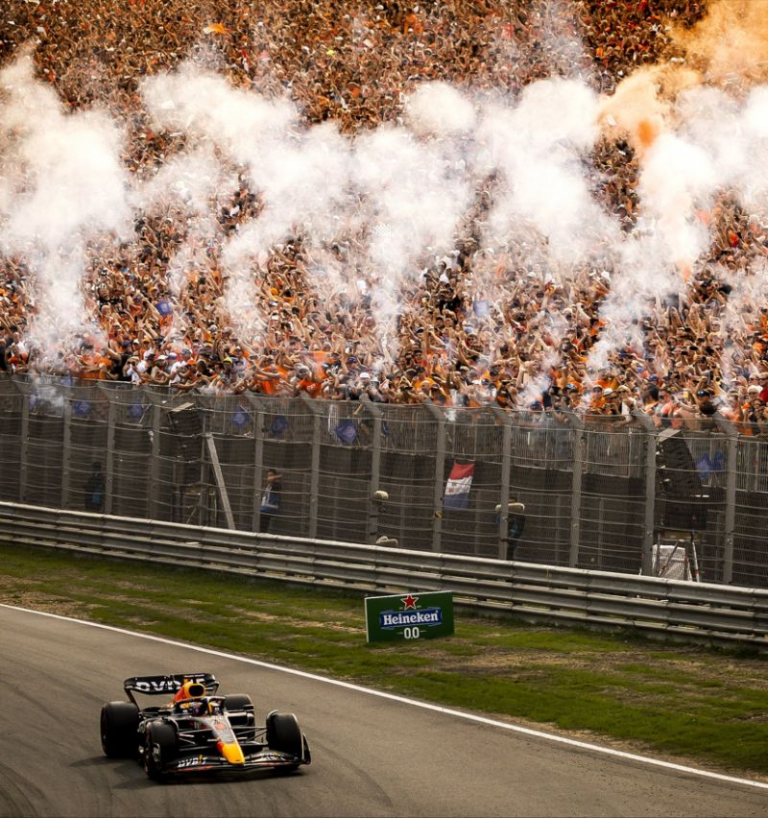 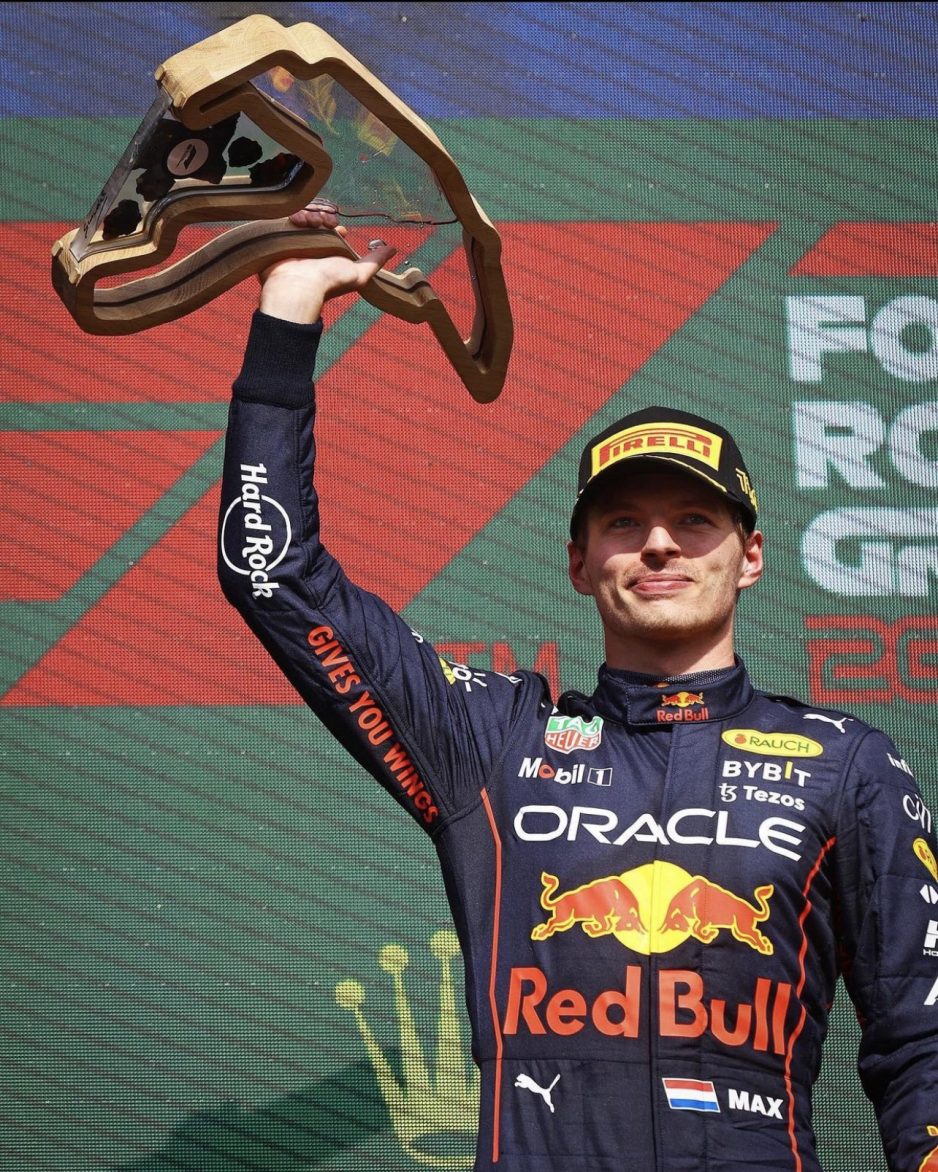 Formula 1 has been away for its month-long Summer break, and what a return yesterday was!🔥

F1 came to the legendary Spa-Francorchamps for the Belgian GP (which also happens to be one of my favourites)- and Max Verstappen started right back from where he left off.

– Starting P14, the defending champ made easy work of the entire grid, taking P1 in just 12 laps of 7 km track, winning the race by over 18 seconds.
His Red Bull Racing & Red Bull Technology teammate Sergio Perez finished P2 : yet another 1-2 for the RB pair.

– The woes at the Scuderia Ferrari garage were far from over, as the pole-sitter Carlos Sainz finished P3 while his teammate and previous title contender Charles Leclerc had, let’s just say, a bad day at the office – finishing P6 after a late penalty.

– Mercedes-AMG Petronas Formula One Team’s 7-time World Champion crashed out with Alpine’s 2-time Champ Alonso on lap 1, ending the Brit’s race. His teammate Russell meanwhile finished in the top 5 yet again- at P4 ahead of Alonso.

– Ocon, Vettel, Gasly and Albon finished in the top 10 as the close battles of the midfield continued.

With a massive 93-point lead over his teammate, the dominant Max Verstappen looks the favored candidate for the 2022 championship.

We go to the Dutch GP, next week.❤️

Check out our race review Podcast of Belgium GP: